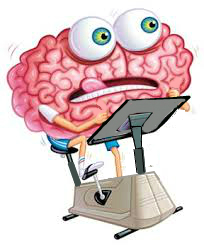 Many teachers know by experience that a child who is regularly physically active will be more attentive and concentrate more.

However, serious studies on the subject are rare. Some researchers from Québec have studied the question and they state forcefully : if sport is beneficial to all in school, the advantages are even greater for children with attention deficit disorder. That was the conclusion drawn by Philippe Simard, Master’s student at Laval University under the direction of Leila Ben Amor, PhD, Child Psychiatrist at Ste-Justine Hospital and Professor at the University of Montréal.

Other research demonstrates that even a few minutes of physical activity can help children with ADHD to block distractions, remain attentive to their tasks and improve their educational results.

The neuropsychologist and lecturer Benoit Hammarrenger¹, Ph.D says that you should not fight the need to move. For children with ADHD moving is a crucial need. They try to grab everything that is within reach, to manipulate it (even to dismantle it), they fidget, constantly turn around, jump around, want to stand up, etc. When researching how the brain works, we come to a fascinating neurological discovery: to move stimulates your attention.

Indeed, there is an anatomical link between attention/self-control and motor skills, as the frontal part of the brain supports both function groups. Thus, because of the anatomic proximity, many neural connections exist between the attention and the motor section of the brain. Since neurons of these two cerebral areas are connected when a section is activated the other one may also be triggered.

Thus the neurons of the motor skills areas that send nerve impulses to muscles to activate them also project electric signals which activate attentional brain areas. Understanding this, the agitation of a child in the classroom suddenly appears in a whole new light: the child who is agitated in class does not seek to disturb and be “a pest”, quite the contrary he seeks to be attentive! In fact to move becomes his best recourse to awaken the attention part of his brain and keep listening to his or her teacher! Conversely, if you ask this restless child to stop moving and sit to listen properly, then we risk turning off the attentional portion of his or her brain, which is dependent on motor activation to stay active.

Thus, we must redirect our approach to the ADHD child’s to work WITH the need to move, by channeling it in an acceptable manner, rather than AGAINST the same need, by imposing on the child a static, passive listening position.

¹Benoît Hammarrenger is the founder of the Cognitive Assessment and Rehabilitation Clinic (CERC).

Even if teachers are aware of the virtues of physical activity, we must admit that the timetable does not leave much time for the students to be active.

Of course the school offers physical activity class, recess, after school activities and other extra-curricular activities. However, these would seem insufficient for the success of children with ADHD.

Several schools have tried to get the children to be more active in class. Some schools have installed stationary bicycles. The idea was itself very good but the bike was noisy and disrupted other students.

To solve this problem, some schools put the stationary bike in the hallway. Then the problem became that the student could not follow what was going on in the classroom.

Moreover, the child who pedals in class or in the corridor cannot do his/her work because the stationary bike is not adapted due to the lack of desk space.